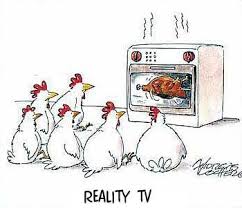 Since it’s April, it’s probably time for the spring reality TV show debut schedule. Like March, April is packed with debuts, particularly on cable, while the broadcast shows are mostly continuing with shows that span the entire spring.

Below is a frequently-updated list of officially announced debut dates for new and returning reality series (feel free to send updates, additions, and corrections, which are always welcome). For shows that premiered before April 1, see the winter schedule.

Times listed are ET, and, as always, TV networks change their schedules sometimes, so check your cable guide or other TV listings for changes or repeats.

And this summer, looking for it's return (before you ask), Big Brother 13!