What's in a name?

I listen to NPR daily.   I learn a lot of useful and worthless information about the big world we live on.

This story made me smile.

I also work in a world of names.  They also make me smile and sometimes scratch my little blonde head in wonderment.   What were their parents thinking?

Throw some odd and unusual names out....people or places, titles and references.  Names of pets, what you call your car or various pieces of equipment.

I had three people with the surnames of Tissue, Lung and Butts in the same day.

I named my pick-up General Houston....my chain saw was Matilda. Some other tools received names depending on the situation and my frustration level at the time......most I'd rather not repeat.

My dog is named Happy and most of the time he is. The breeders son named the pups. She said he named them after the seven dwarfs. Sure glad I didn't get Grumpy.

The voice in my GPS I named Nellie. When she goes into "RECALCULATING" mode I usually go down the road with her saying "Recalculating" in a nasty kind of voice. I'm usually yelling back at her "shut the F*** up Nelly. I know what I'm doing. Even though sometimes I don't. (:>)

We got a signature on an invoice not too long ago and the first name was obscured.  We could tell that the last name was Passwater which was funny enough by itself, but the guys in the office swear that the first name and middle initial were 'May I.'

We have a cat who's name is Oliver, but it is shortened most of the time to Ollie, but due to his physique, he is also called Double Wide. Years ago we had one who started out as Hairy. He had this crazy fur. Then we started calling him Dirty Hairy because of the movie. But since he had an attitude, he became Sir Dirty Hairy. Then he developed this habit of climbing in Dee's purse, and since we had 3 cats at the time, he finally became Sir Dirty Hairy Purseful Morris The Third. Not too, long after that we took in a stray we called Half Cat because we didn't want to admit to having 4 cats.

I took in a stray cat years ago in a land far, far away, Named him Fuzzbutt......for obvious reasons/

When our rescued rabbit gave birth to 6 very different bunnies, we named the angora mix one Fuzzbutt. He was adopted by sports fans who encouraged him to root for their teams on television.

The two white with brown markings were Spanky and Spunky. Brother and sister.

The little black and white "tuxedo" was called Sparky, Jr.

The short-haired sister of Fuzzbutt was Rosebud because she had pale gray lace-like markings on white.

The one with wild coloring and temperament we called Grayson.  She was the one who lived outdoors. She also lived the longest.

Many years later when the bunnies were all gone, I rescued a Flemish Giant who had been called Elmer.

When I caught "him" building a nest, we realized that a name change was due and we renamed her Elma.

Sometimes my sweetie calls me Pooh Bear, and sometimes I call her Bare Pooh. 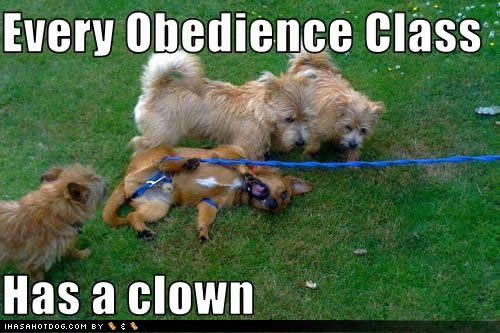 I am right now trying to choose a name for the newest fur baby in our family. I waffling between Bosco, Louie and Marco. I feel the names need to reflect their personality. We have a Cairn Terrier named Binti because she has a little monkey face, my son's cat is named Rammi Stan...because of the German Rock band. Bohunk was named by my son.

I better stop or people will wonder about my how many critters I own.