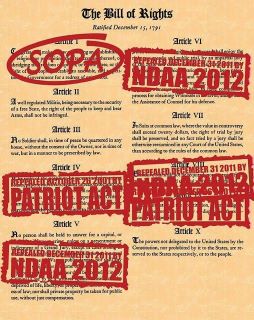 You post this unbelievable nonsense just to stir folks up and get them to posting. Very good, sir!!

well, I'm not so sure how UN-believable, or nonsense it is. however, it's working.

there's been a bit of activity here none the less....

I think it's more a case of the recent deluge of gaffes committed by the Republican candidates, and Limbaugh's most recent stupidity, have re-energized the national body politic.And I have some spare time to comment on those things, for a change.

Tool, you need to lay off the caffeine, it's giving you dangerously inflated ideas about your own relevance and impact on national events.

I will soon be breaking the law offering free food to the homeless in Houston. Next time you come to Houston for some of my kolaches I will need an affidavit from you to make your not homeless. If you are homeless and I give you a kolache or other food I can be fined up to $2000.

Soon you will only be able to feed the homeless in 3 city parks of Houston.

I wonder if religious organizations can get around your ordinance.