What did you do in the war Grandpa?

Little grandson asked: "Granddaddy, when you were in the Army and were posted as sentry at night, were you afraid?"

"I was, Sonny, but only until I fell asleep."

Always root for the Dingo!!

Did the Dingo ever catch the rabbit? 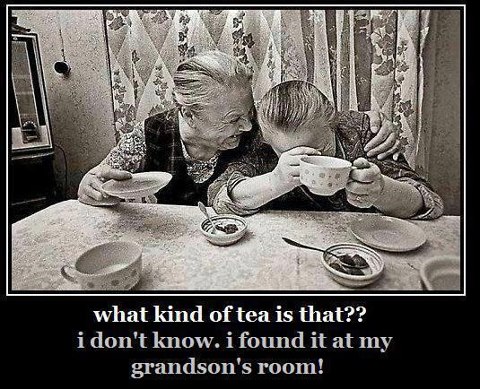 A soldier who survived mustard gas and pepper spray is now a seasoned veteran.

A man with a very bad hair piece walks into a convenience store and the clerk tries hard not to notice. The man keeps trying to make small talk but the young clerk keeps looking down and mumbling. The man starts talking more loudly and the clerk looks up, clearly trying not to make eye contact for fear of laughing at the man's hair piece. The man finally shouts, "How much do I OWE YOU?" The young clerk says, "Seventeen dollars, fourty-cents. How do you want TO PAY?"

When I worked as a medical intern in a local hospital, one of my patients was an elderly man with a thick accent.

It took me some time to understand that he had no insurance coverage.

One thing he had made clear was that he was a World War II veteran, so I had him transported to the Veteran's Administration hospital, where he'd be eligible for benefits.

The next day my patient was back, with a note from the VA:
"Right war, wrong side."