Husband says: When I get mad at you, You never fight back. How do you control your anger?

Wife says: I clean the toilet...

Husband says: How does that help?

Wife says: I use your Toothbrush.....

If youve ever worked for a boss that reacts before getting the facts and thinking things through, you will love this!


Arcelor-Mittal Steel, feeling it was time for a shakeup, hired a new CEO. The new boss was determined to rid the company of all slackers.
On a tour of the facilities, the CEO noticed a guy leaning on a wall.The room was full of workers and he wanted to let them know that he meant business.
He walked up to the guy leaning against the wall and asked, How much money do you make a week?
A little surprised, the young man looked at him and replied, I make $400 a week. Why?
The CEO then handed the guy $1,600 in cash and screamed, Heres four weeks pay now GET OUT and dont come back.
Feeling pretty good about himself, the CEO looked around the room and asked, Does anyone want to tell me what that goof-ball did here?

From across the room came a voice, Pizza delivery guy from Dominos.

I was having trouble with my computer.
So I called Richard, the 11 year old next door,
whose bedroom looks like Mission Control,
and asked him to come over.
Richard clicked a couple of buttons and solved the problem.
As he was walking away, I called after him,
'So, what was wrong?'
He replied,
'It was an ID ten T error.'

I didn't want to appear stupid, but nonetheless inquired,
'An, ID ten T error? What's that? In case I need to fix it again.'
Richard grinned.

DAMN FINE EXPLANATION
The wife came home early and found her husband in their bedroom making love to a very attractive young woman.
'You are a disrespectful pig!' she cried. 'How dare you do this to me -- a faithful wife, the mother of your children! I'm leaving you.. I want a divorce right away!'
And the husband replied, 'Hang on just a minute love so at least I can tell you what happened.'
'Fine, go ahead,' she sobbed,' but they'll be the last words you'll say to me!'

And the husband began -- 'Well, I was getting into the
Car to drive home, and this young lady here asked me for a lift. She looked so down and out and defenseless that I took pity on her and let her into the car. I noticed that she was very thin, not well dressed and very dirty. She told me that she hadn't eaten for three days.
So, in my compassion, I brought her home and warmed up the enchiladas I made for you last night, the ones you wouldn't eat because you're afraid you'll put on weight. The poor thing devoured them in moments.

Since she needed a good clean-up, I suggested a shower, and while she was doing that, I noticed her clothes were dirty and full of holes, so I threw them away.
Then, as she needed clothes, I gave her the designer jeans that you have had for a few years, but don't wear because you say they are too tight. I also gave her the underwear that was your anniversary present, which you don't wear because I don't have good taste.
I found the sexy blouse my sister gave you for Christmas that you don't wear just to annoy her, and I also donated those boots you bought at the expensive boutique and don't wear because someone at work has a pair the same.'
The husband took a quick breath and continued - 'She was so grateful for my understanding and help that as I walked her to the door, she turned to me with tears in her eyes and said,


'Please .... Do you have anything else that your wife doesn't use?'

"OLD" IS WHEN..... Your friends compliment you on your new alligator
shoes and you're barefoot.

"OLD" IS WHEN..... A sexy babe catches your fancy and your pacemaker
opens the garage door.

"OLD" IS WHEN..... Going bra-less pulls all the wrinkles out of your
face.

"OLD" IS WHEN..... You don't care where your spouse goes, just as long
as you don't have to go along.

"OLD" IS WHEN..... When you are cautioned to slow down by the doctor
instead of by the police.

"OLD" IS WHEN..... "Getting a little action" means I don't need to take
any fiber today.

"OLD" IS WHEN..... "Getting lucky" means you find your car in the
parking lot.

1. I can't reach my license unless you hold my beer.

3. Aren't you the guy from the Village People?

6. I thought you had to be in relatively good phsysical condition to be a police officer.

7. You're not gonna check the trunk, are you?

9. Gee, Officer! That's terrific. The last officer only gave me a warning, too!

10. Do you know why you pulled me over? Okay,just so one of us does.

11. I was trying to keep up with traffic. Yes, I know there are no other cars around. That's how far ahead of me they are.

Permalink Reply by metub4 on April 4, 2010 at 10:37am
no disrespect intended to the officers though for do appreciate their service

Bob pulled over, like a good citizen. The cop walked up to the window and
said, "You know how fast you were going, BOY?"

"But if you already knew, officer" replied Bob, "Why did you ask me?"

Fuming over Bob's answer, the officer growled, in his normal sarcastic
fashion, "That's speeding and you're getting a ticket
and a fine!"

The cop took a good close look at Bob, in his stained fishing attire and
said, "You don't even look like you have a job! Why,
I've never seen anyone so scruffy in my entire life!"

The cop leaned in the window, smelling Bob's fish catch, said, "What kind
of a job would a bum like you have?"

"What did you say, BOY?" asked the patrolman.

The cop, scratching his head, asked, "What does a rectum stretcher do?"

Bob explained, "People call me up and say they need to be stretched, so I
go over to their house. I start with a couple of fingers, then a couple
more, and then one whole hand, then two. Then I slowly pull them farther
and farther apart until it's a full six feet across."

The cop, absorbed with these bizarre images in his mind, asked, "What the
hell do you do with a six foot asshole?"

Bob nonchalantly answered, "You give it a radar gun and stick it at the
end of a bridge!"

A wealthy couple had plans to go to an evening ball. So they advised
their butler that they were giving him the evening off to do as he
pleased since they would be out quite late.

The couple went to a ball and dinner. After an hour an a half, the
wife told her husband that she was horribly bored and that she
preferred to go home and finish some work for the next day.

The husband responded that he had to stay for a few more hours to
meet some very important business partners.

So the wife went home alone and found the butler spread out on the
couch watching TV.

She slowly moved towards him and sat down very seductively. She then
told him to come closer. Then even closer. She moved forward and
whispered in his ear, "Take off my dress. Now take off my bra. Now
remove my shoes and stockings. Now remove my garter belt and panties"

She then looked deep into his eyes and in a sharp voice shouted, "The
next time I catch you wearing my clothes, you're fired!" 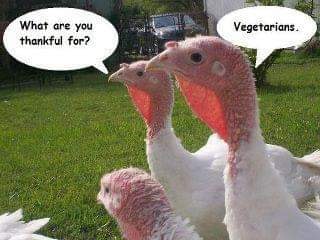