There are boats and planes too, and 3 whole other borders. What a predicament! Darn!

This should have been cropped, ya think? 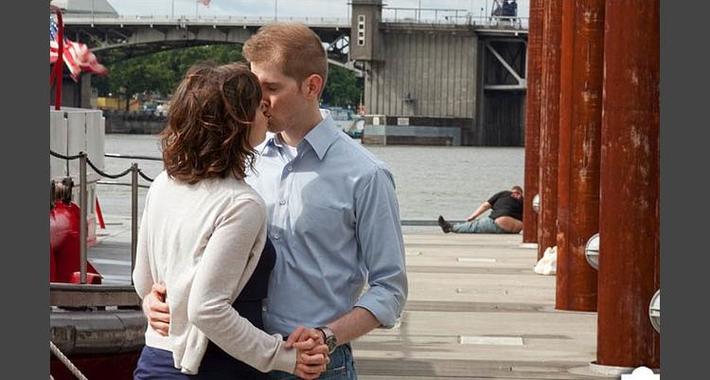 Luckily (and thankfully) Kentucky has had only a very few cases of the coronavirus - and it was announced today that one of the victims, a man in his 60’s has been released from the hospital and is now recovering in self isolation - which is great news because the current wisdom is that older folks are more susceptible to the virus.

So, earlier this week I went out to get some hand sanitizer, wipes, etc and found them with no difficulty.

It’s much different today - they’re out of stock everywhere. And mysteriously to me, so are a lot of other things.

Last night I went out to get a few staples - bread flour, rice, pasta...things I use a lot. And while the shelves were not bare, they were seriously depleted. And while I was able to get rice (By climbing the shelves and finding a bag on the top and in the back where most folks can’t reach), Nearly all the flour and pasta was gone.

That’s when it hit me...is this just a simple over-reaction (like when a snowstorm is coming and the bread and milk shelves empty out) or is this an indication of something more sinister like panic buying and hoarding for a long period of time?

I grabbed an extra bag of Tootsie Roll Pops (just in case).

I read an article that the virus can be killed by bleach using a 10:1 ratio. Off to the bleach aisle (which was also nearly depleted) and then to the spray bottles - very few of those were left.

I read another article on how to make your own hand sanitizer. It’s simple - two parts isopropyl alcohol to one part Aloe Vera gel. A lot of folks must have read the same article, because the aloe was out of stock and the alcohol was also running out.

Got online and ordered the Aloe from Amazon, I think. I say that because in some cases they are putting disclaimers on some products indicating that they might not be available. We’ll see.

It looks as if the country is taking this seriously and readying to defend against (finally!) this virus.

The Clown is clearly not equipped for this and is often causing more confusion and fear….and as usual blaming something or somebody else.

Recently, he made the comment that a lot of people are surprised that he understands all of this - that he is some kind of medical savant. Actually the word is shocked, not surprised...and, as usual, in doubt.

Vice President Suck Up - if this goes badly, he’s gone and Nikki Haley gets the nod for his spot in the next election.

So - eat well, take vitamins, exercise, and stay home as much as possible. I have to run - order more Tootsie Roll Pops from Amazon. I read that they can kill the coronavirus. Shhhh….don’t tell anyone!

How are Mitch's poll numbers there these days?

Good question...currently his approval rating is 18%. Nope that is not a typo...

So here we are in upstate New York, sheltering in place.  It's pretty similar to the life we were living before, except I can't go to the gym, or rehearsal.  My husband's place of business has been closed.

How are all of you doing?

Locked down here in CA, except for groceries, pharmacy and gas stations. Banks & P.O. are open. Stay 6 feet apart in public,  and get her done quick and return home asap.

I went against my general philosophy last week and ordered groceries online, with a curbside pick-up.  My car hasn't been used in two weeks -- I used my husband's car instead.  The daughter, who lives in NYC, was walking dogs until Friday, when all non-essential businesses were shut down completely.

Well, here in upstate Kentucky, we have been limiting the number and types of businesses that can remain open- per local governments.

The only places you will see large groups of people gathering are in grocery stores (which have withstood the initial wave of panic buying) and are managing products better by reducing hours, limiting purchases, and setting aside special hours for seniors and those with other issues.

So with nowhere to go, the streets are deserted and quiet.

At the time of this writing, there are approximately 28 cases in Louisville, 103 cases statewide.

My workplace is considered essential, so we are open, though with reduced hours. It’s busy during the day but it’s a ghost town in the evening.

The average age of those here who are confirmed with the virus is 53 at this time.

Hang in there, Bmichael.  Our grocery stores are doing the same thing, except for the special hours for seniors (which is why I opted for curbside pick-up).

I have been going for a walk in the nearby cemetery every day, and trying to do most of my gym routine at home.  It doesn't help that my springtime allergies have kicked in.  Every time I feel congested, or have an allergic cough, I'm thinking, "This is the big one, Elizabeth!"