OK- Would Somebunny Let Me In On Pru's Thing w/Rabbits?

Alright, I've had enough. I am obviously completely out of the loop on a thing Pru has w/rabbits. What is it?!
She sends Happy out hunting for them & cooks one up
for supper every Saturday night?
(somehow I'm guessing Happy would jump at the sight
of a rabbit & then play nice w/it) 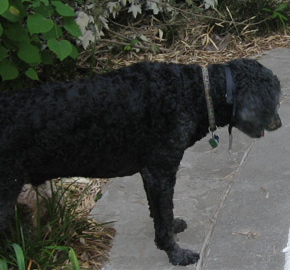 She was in the boat w/President Carter during the infamous killer rabbit attack?
(there she is, in the front of the boat, right behind that tree) 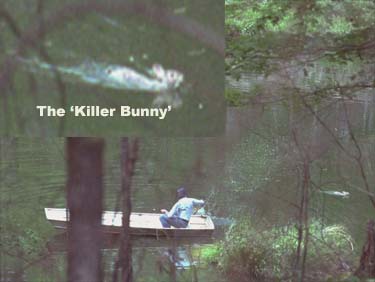 The dust bunnies under her bed came to life
& she had her own Nightmare on Pru Street? 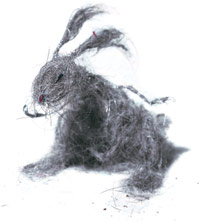 She was out on an innocent walk by herself one day, in the lovely
Texas countryside, & a giant rabbit approached her & scared the
bejeezuz out of her, causing her to spend all of her retirement
on therapy for Giant Rabbit PTSD? 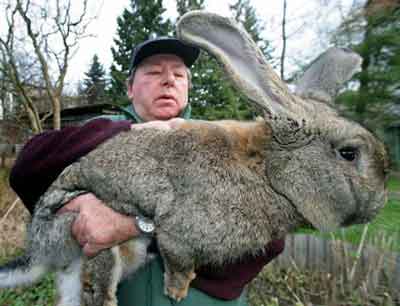 ~ ~ ~
She was in a great love affair with Roger Rabbit, until he ran off
with that red-headed floozy, Jessica, and now she's turned against
all rabbits b/c of that lowdown, lyin', cheatin', two-timin' Roger?? 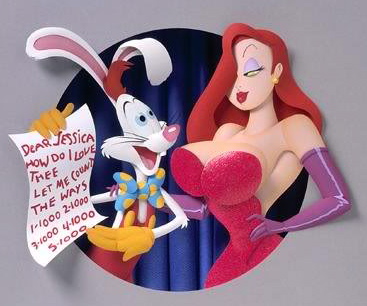 Permalink Reply by d's girl on May 13, 2010 at 4:43pm
Pru, you're just sitting back having a grand old time watching us get crazier & crazier on this thread, aren't you?

Permalink Reply by stillgoing on May 13, 2010 at 5:23pm
Let me help you start to get adjusted to your impending fate.

You might get the gold boot for this one.

Permalink Reply by Aggie on May 13, 2010 at 5:36pm
Come to Houston for a meeting of Aggie, Longhorns and everything Texas and we can discuss it with Pru.

for all you know, she may have told me privately already about her thing w/rabbits.
okay, she hasn't; I made that part up. but still.....

Permalink Reply by darroll on May 14, 2010 at 11:44am
Maybe she was scratched when she was young by a rabbit.
Those scratches get infected which is hard to cure.

Coincidence? I THINK NOT....

Permalink Reply by d's girl on May 19, 2010 at 9:52am
hmmm.... I'm a really good cook - if you come thru Hotlanna on your travels I'll feed you & Happy memorable meals. And give Happy a few playmates to hang out with in the meantime. (one of them weally, weally, weally needs to find a permanent home - she's been in my foster care too long & it's not fair to her to get so attached & established.... Atlanta tbd'ers..... Georgia tbd'ers..... come on - step up to the plate - I need a great permanent home for this sweet girl!) 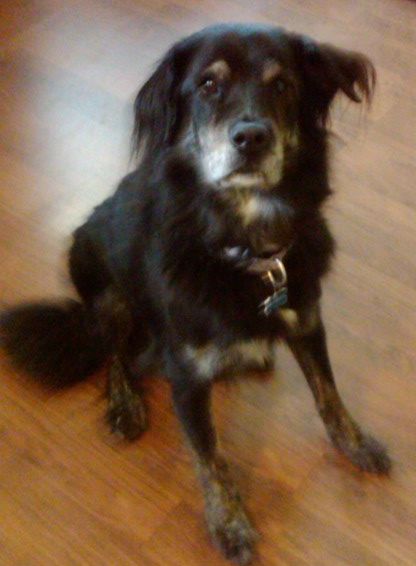