How about a thread where we can go just to check in,

hang out, converse a little about anything?

see what's going on with each other... 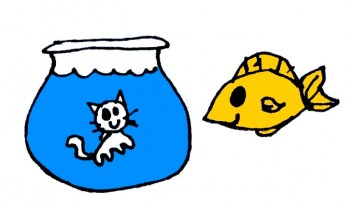 i am just kicking it with my doggie, Ginger here, this Sunday!!  Feeling really ripped off that i missed the Rapture.  I mean come on, I am a nice Christian girl....well, for the most part!!  oh well, better luck next time, ya know.  How's your day and everyone else for that matter?? I like the avatar (large size) better than the little one actually of you, actually!!  cooler shirt and hair! Anyhow, gonna hang with my college grad daughter later, hit Laguna Beach tide pools and explore the loveliness of nature!! Everyone, have a terrific day!!

Hi, Karen Bear - great new avatar you have there yourself! yep, that big one above that you like has me in my new glasses. I worked all day on my house, then my guy finally got home after being gone all week. It's sooo good to see him! We're sitting outside right now w/the dogs & D-man's Skyping w/his youngest son.

Skeeters are out here already!

We rarely, if ever, have to deal with that. I can't imagine having to live with that fear...

Permalink Reply by Bob Stepp on May 25, 2011 at 10:17am
You are raised here with your eyes to the sky, especially if you're raised in the country.

Permalink Reply by Ruby Red Crystal on May 25, 2011 at 11:11am
It wandered through here last night.....I didn't see anything exciting but everyone else seems to think it was horrible.

What's up w/me.... I've had a really good day! I worked hard @ work, and am getting some good "attention" from management staff. Then I came home & worked hard here for a few hours. whew. tired, but amped up, too.

And I'm more in love than ever w/my beautiful man. So basically, I'm on quite a high this evening! It feels great, after struggling w/health stuff for the last several weeks. ah, to be well again... it rocks! '-)

D'z, Glad you are back to feeling well and being your usual upbeat self.

I've got the next 3 days off. Think I'll drive over to Ft. Polk, LA tomorrow. Never been there but since everyone I know who has been stationed there hated it, I think I'd like to see it. My son trained for two weeks there before his last tour in Afghanistan. He was in the Infantry at that time so he spent the two weeks in a foxhole in the middle of some swampy woods acording to him. The Army does some great planning. Train troops at the close to sea level, wettest, most humid, instalation they have in order to prepare them  for fighting a war in one of the highest, driest climates in the world.

I'm really going to Ft. Polk to go to the commissary. I am hooked on Kona Coffee and the Military commissaries have it. I loaded up while in FL in Feb. I am now on my last bag.

I'm sure the rest of you coffee addicts would do the same to get the coffee you like. It's only a two hundred mile round trip. Probably won't cost over $40 in gas to make it. And, the next time someone says "Boy, If you were going to give the world an enema, Ft. Polk is where you would stick the tube"

I can say "I've been there and you sure are right"!

Could you just buy some Kona coffee for me & mail it to me?

I wonder how many lbs. would fit into that $5 flat rate box the P.O. has?

Robbie, you ROCK! ...you're tryin' to make up for withholding Happy from me, aren't you?

Sending me Kona coffee is a fine way to accomplish that.

Morning, gang. I'm in a great mood this morning. It's the first day of a 4 day weekend for me & besides the dentist appt. that I'm heading to, it looks to be filled w/quite the fun, exciting things that bring me joy... working on my house, hanging w/my guy, cooking, working on my house, getting out & about w/my guy, cooking.... ah. perfection. '-)

Wishing everyone a good day today & a lovely weekend!