A very elderly gentleman, walks into an upscale cocktail lounge.

He was in his mid nineties.

He was very well dressed, hair well groomed, great looking suit, flower in his lapel and smelling slightly of a good after shave.

He presented a very well looked after image,

Seated at the bar was an elderly really classy looking lady, (mid eighties).

The sharp old gentleman walks over and sits along side her.

He orders a drink.

He takes a sip.

He slowly turns to her and says, "So tell me, do I come here often?"

Don't eat chicken sandwiches, no matter what ! !
A little boy and a little girl attended the same school and became friends..Every day they would sit together to eat their lunch. They discovered that they both brought chicken sandwiches every day! This went on all through the fourth and fifth grades, until one day he noticed that her sandwich wasn't a chicken sandwich.
He said, 'Hey, how come you're not eating chicken, don't you like it anymore?'
She said 'I love it but I have to stop eating it.'
'Why?' he asked.
She pointed to her lap and said 'Cause I'm starting to grow little feathers down there!'
'Let me see' he said.
'Okay' and she showed him.. He looked and said, 'That's right.You are! Better not eat any more chicken.'
He kept eating his chicken sandwiches until one day he brought peanut butter. He said to the little girl,
'I have to stop eating chicken sandwiches, I'm starting to get feathers down there too!' She asked if she could look, so he showed her!
She said, 'Oh, my God, it's too late for you!
You've already got the NECK and GIZZARDS!!!!!!!!!!!!!!!!!!!

A man boarded an airplane and took his seat. As he settled in, he glanced Up and saw the most beautiful woman boarding the plane. He soon realized She was heading straight towards his seat. As fate would have it, she took The seat right beside his. Eager to strike up a conversation he blurted out, “Business trip or pleasure?”

She turned, smiled and said, “Business. I’m going to the Annual Nymphomaniacs of America Convention in Boston."

He swallowed hard. Here was the most gorgeous woman he had ever seen Sitting next to him, and she was going to a meeting of nymphomaniacs!

Struggling to maintain his composure, he calmly asked, “What’s your Business at this convention?”

“Lecturer,” she responded. “I use information that I have learned from my Personal experiences to debunk some of the popular myths about sexuality.”

“Really?” he said. “And what kind of myths are there?”

“Well,” she explained, “one popular myth is that African-American men are The most well-endowed of all men, when in fact it is the Native American Indian who is most likely to possess that trait. Another popular myth is That Frenchmen are the best lovers, when actually it is Scotsmen who are the best. I have also discovered that the lover with Absolutely the best stamina is the Irish

Suddenly the woman became a little uncomfortable and blushed.. “I’m Sorry,” she said, “I shouldn't really be discussing all of this with you. I don’t Even know your name.”

“Tonto,” the man said, “Tonto McTavish but my friends call me Paddy".

A husband walks into the bedroom holding two aspirin and a glass of water. His wife asks, "What's that for?"

"It's for your headache."

A wife treats her husband to an evening at a strip club for his birthday.

Arriving at the club, the doorman says, "Hi Jim, how are you?"
The wife asks, "How does he know you?"
Jim responds, "We play football together in the park on Saturdays."

Inside the club, the bartender asks, "Hey Jim - the usual?"
Jim says to his wife, "Before you ask, he's on my darts team."

Next, a stripper comes up and says in a sultry voice, "Hi Jim! You craving The Special again tonight?"

The wife storms out of the strip club, dragging Jim with her, and they get in a taxi. The cabbie says "Hey Jimmy Boy! You sure picked up an ugly one tonight!"
Jim's funeral is this weekend...

A man was looking for a place to sit in a crowded university library.

He asked a girl, "Do you mind if I sit beside you?"

The girl replied, in a loud voice, "NO, I DON'T WANT TO SPEND THE NIGHT WITH YOU!"

All the people in the library started staring at the man, who was deeply embarrassed and moved to another table.

After a couple of minutes, the girl walked quietly to the man's table and said with a laugh, "I study psychology, and I know what a man is thinking. I bet you felt embarrassed, right?"

All the people in the library looked at the girl in shock.

The man whispered to her, "I study law, and I know how to screw people."

Farmer had a mule that kicked his mother in law. Put her in hospital, next day he went to hospital and saw long line of men at hospital. He told nurse "I did not know my mother in law had that many friends." Nurse replied "They are not, they want to buy your mule."

Yesterday, scientists for Health Canada suggested that men should take a look at their beer consumption, considering the results of a recent analysis that revealed the presence of female hormones in beer. The theory is that drinking beer makes men turn into women. To test the finding 100 men were fed 6 pints of beer each. It was then observed that 100% of the men gained weight, talked excessively without making sense, became overly emotional, couldn't drive, failed to think rationally, argued over nothing, and refused to apologize when wrong. No further testing is planned 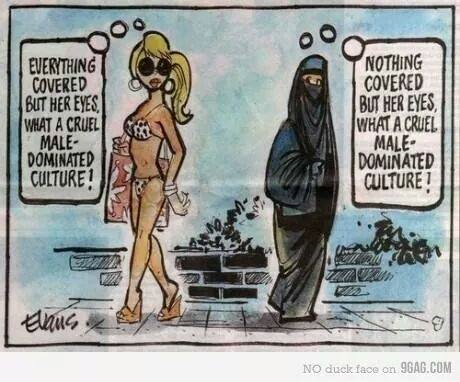 A man and his wife are dining at a table in a plush restaurant, and the husband keeps staring at a drunken lady swigging her drink as she sits alone at a nearby table.

“Yes,” sighs the husband, “She’s my ex-girlfriend. I understand she took to drinking right after we split up seven years ago, and I hear she hasn’t been sober since.”

“My God!” says the wife, “Who would think a person could go on celebrating that long.”

A man wakes up in the hospital bandaged from head to foot. The doctor comes in and says, "Ah, I see you've regained consciousness. Now, you probably won't remember, but you were in a huge pile-up on the freeway. You're going to be okay, you'll walk again and everything, however your penis was severed in the accident and we couldn't find it."

The man groans, but the doctor goes on, "You have $9,000 in insurance compensation coming and we now have the technology to build a new penis. They work great but they don't come cheap. It's roughly $1,000 an inch."
The man perks up. So, the doctor says, "You must decide how many inches you want. But understand that you have been married for over thirty years and this is something you should discuss with your wife. If you had a five incher before and get a nine incher now she might be a bit put out. If you had a nine incher before and you decide to only invest in a five incher now, she might be disappointed. It's important that she plays a role in helping you make a decision."

The man agrees to talk it over with his wife. The doctor comes back the next day, "So, have you spoken with your wife?"