A lion would never cheat on his mate, but a Tiger Wood.

A policeman was interrogating 3 blondes who were training to become detectives. To test their skills in recognizing a suspect, he shows the first blonde a picture for 5 seconds and then hides it. "This is your suspect, how would you recognize him?" The first blonde answers, "That's easy, we'll catch him fast because he only has one eye!" The policeman says, "Well...uh...that's because the picture shows his profile." Slightly flustered by this ridiculous response, he flashes the picture for 5 seconds at the second blonde and asks her, "This is your suspect, how would you recognize him?" The second blonde giggles, flips her hair and says, "Ha! He'd be too easy to catch because he only has one ear!" The policeman angrily responds, "What's the matter with you two?? Of course only one eye and one ear are showing because it's a picture of his profile! Is that the best answer you can come up with?" Extremely frustrated at this point, he shows the picture to the third blonde and in a very testy voice asks, "This is your suspect, how would you recognize him? He quickly adds, "Think hard before giving me a stupid answer." The blonde looks at the picture intently for a moment and says, "The suspect wears contact lenses." The policeman is surprised and speechless because he really doesn't know himself if the suspect wears contacts or not. "Well, that's an interesting answer. Wait here for a few minutes while I check his file and I'll get back to you on that." He leaves the room and goes to his office, checks the suspect's file in his computer, and comes back with a beaming smile on his face. "Wow! I can't believe it. It's TRUE! The suspect does in fact wear contact lenses. Good work! How were you able to make such an astute observation?" "That's easy," the blonde replied. "He can't wear regular glasses because he only has one eye and one ear.

MONDAY:
It's fun to cook for Bob. Today I made angel food cake. The recipe said beat 12 eggs separately. The neighbors were nice enough to loan me some extra bowls.

TUESDAY:
Bob wanted fruit salad for supper. The recipe said serve without dressing. So I didn't dress. What a surprise when Bob brought a friend home for supper.

WEDNESDAY:
A good day for rice. The recipe said wash thoroughly before steaming the rice. It seemed kinda of silly but I took a bath. I can't say it improved the rice any.

THURSDAY:
Today Bob asked for salad again. I tried a new recipe. It said prepare ingredients, then toss on a bed of lettuce one hour before serving. Which is what led up to Bob asking me why I was rolling around in the garden.

FRIDAY:
I found an easy recipe for cookies. It said put all ingredients in bowl and beat it. There must have been something wrong with this recipe. When I got back, everything was the same as when I left.

SATURDAY:
Bob did the shopping today and brought home a chicken. He asked me to dress it for Sunday. (Oh, boy... for some reason Bob keeps counting to ten.)

SUNDAY:
Bob's folks came to dinner. I wanted to serve roast. All I could find was hamburger. Suddenly I had a flash of genius. I put the hamburger in the oven and set the controls for roast. It still came out hamburger, much to my disappointment.

When I was 14, I hoped that one day I would have a girlfriend.

When I was 16 I got a girlfriend, but there was no passion, so I decided I needed a passionate girl with a zest for life.

In college I dated a passionate girl, but she was too emotional. Everything was an emergency; she was a drama queen, cried all the time and threatened suicide. So I decided I needed a girl with stability.

When I was 25 I found a very stable girl but she was boring. She was totally predictable and never got excited about anything. Life became so dull that I decided that I needed a girl with some excitement.

When I was 28 I found an exciting girl, but I couldn't keep up with her. She rushed from one thing to another, never settling on anything. She did mad impetuous things and made me miserable as often as happy. She was great fun initially and very energetic, but directionless. So I decided to find a girl with some real ambition.

When I turned 31, I found a smart ambitious girl with her feet planted firmly on the ground and married her. She was so ambitious that she divorced me and took everything I owned.

I am now older and wiser ,
so I got a dog

A lady about 8 months pregnant got on a bus. She noticed the man opposite her was smiling at her. She immediately moved to another seat. This time the smile turned into a grin, so she moved again. He seemed more amused. When on the fourth move, the man burst out laughing, she complained to the driver and he had the man arrested.
The case came up in court. The Judge asked the man (about 20 years old) what he had to say for himself.
The man replied...
"Well your Honor, it was like this: When the lady got on the bus, I couldn't help but notice her condition. She sat under a sweets sign that said, "The Double Mint Twins are Coming" and I grinned.
Then she moved and sat under a sign that said "Logan's Liniment will reduce the swelling", and I had to smile.
Then she placed herself under a deodorant sign that said "William's Big Stick Did the Trick", and I could hardly contain myself.
BUT, your Honor, when she moved for the fourth time and sat under the sign that said "Goodyear Rubber could have prevented this Accident"..

Sally was in the Fox and Hounds at Newbridge last Saturday night, when this really ugly looking guy walked into the bar.

She told me later: "The wierdo came over to the bar and pinched my bum. Then he had the nerve to demand, 'Give me your number, sexy.'"

I replied, "Well you better get back to it, before the farmer notices you're missing." Toy Story must have been written by a woman. Who else would name their toys Buzz and Woody?! 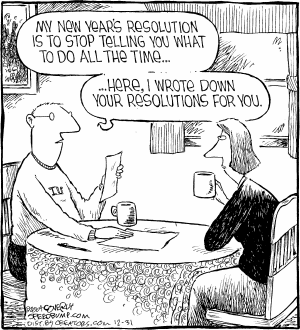 In a small town, an elderly couple had been dating each other for a long time.
At the urging of their friends, they decided it was finally time for marriage.
Before the wedding, they went out to dinner and had a long conversation regarding how their marriage might work.
They discussed finances, living arrangements and so on.
Finally, the old gentleman decided it was time to broach the subject of their physical relationship.

"How do you feel about sex?" he asked, rather trustingly.

"Well," she said, responding very carefully, "I'd have to say... I would like it infrequently. "

The old gentleman sat quietly for a moment, then over his glasses, he looked her in the eye and casually asked ............

A woman was sitting at a bar enjoying an after work cocktail with her girlfriends when an exceptionally tall, handsome, extremely sexy, middle-aged man entered.

He was so striking that the woman could not take her eyes off him. The man noticed her overly attentive stare and walked directly toward her. Before she could offer her apologies for staring so rudely, he leaned over and whispered to her, "I'll do anything, absolutely anything, that you want me to do, no matter how kinky, for $20.00......on one condition."

Flabbergasted, the woman asked what the condition was.
The man replied, "You have to tell me what you want me to do in just three words."

The woman considered his proposition for a moment, and then slowly removed a $20 bill from her purse, which she pressed into the man's hand along with her address. She looked deeply into his eyes, and slowly and meaningfully said....